Do fish sleep? Every fishkeeper has asked this question at one point. It may sound like a small-scale (no pun intended) question, but solving this mystery requires that we dive deep into how fish biology works. The truth is that the resting behavior of fish isn’t too dissimilar with that of land animals, although there are quite a few differences.

The shortest answer to the million-dollar question of whether fish sleep is yes, they do, albeit not in the conventional sense. Scientists have observed a sleep-like state in many fish species, including goldfish, perch, zebrafish, parrotfish, and sharks. This makes a lot of sense because sleep and rest are both vital to the health of any organic being, including fish.

How Do Fish Sleep? 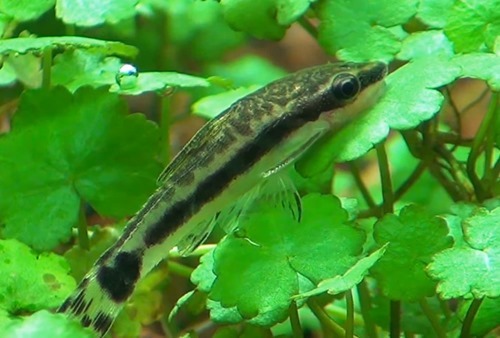 Many fish species appear to have sleep cycles and generally “go to bed” at night. Like humans, fish produce hormones that fine-tune their internal body clocks and regulate sleep patterns. When they sleep, their breathing slows down, and they remain still.

Studies suggest that there are two ways fish sleep. One is called alert rest. During this kind of sleep, the brain of the fish is asleep, but their senses are active. This keeps them alert and prepared to swim away from any looming threat. The other one is actual sleep where all the fish’s activities are temporarily suspended.

How do you know if your fish is sleeping? Since fish have no eyelids, you won’t easily be able to tell whether they are asleep by looking at their eyes. That’s because they never close their eyes even when asleep. You will know, however, by observing their behavior. Active fish like bettas, tetras, and danios will become less active and will even lay motionless when they are sleeping. Goldfish will also do the same.

As to how fish breathe while sleeping, it also depends on the species. Many species breathe during sleep by opening and closing their mouths to keep water flowing toward their gills. This also allows them to hover motionless for a long time. Other species move their fins up to twice as fast as normal to keep oxygenated water flowing over their gills. And yet some more would either sleep in currents, swim slowly or remain motionless, or stay half-awake to keep breathing.

Where Do They Nap? 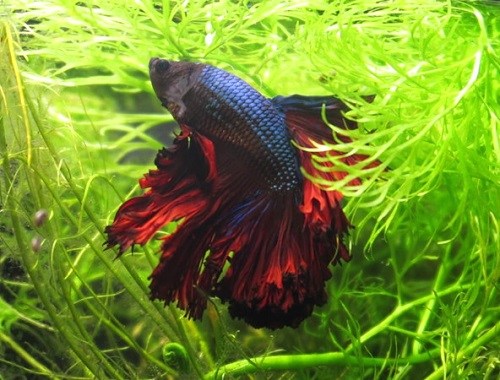 How and where fish nap varies from one species to another. Loaches, for instance, tend to sleep upside-down. Other types of fish will swim down to the bottom whenever they need to rest. Bettas, on the other hand, have been observed to either lay on or wedge themselves between leaves of aquarium plants to snooze. Tetras, on the other hand, prefer to swim down to the bottom of the aquarium when they need to take a break. Sometimes, they would float almost vertically near the substrate.

In the wild, some fish species would wedge themselves between branches or stems of plants to avoid being carried away by the current. Even more interesting is the parrotfish. They would secret a “mucus cocoon” from a special gland and use it to envelop their bodies before going to sleep. This cocoon acts as a protective blanket that keeps parasites at bay. [Source]

So, you will know that your fish is sleeping when they are motionless either hovering over the substrate or laying on a leaf or decor, are not as colorful as they’re supposed to be, and are exhibiting such behavior when the aquarium lights are turned off.

When And How Long Do Fish Sleep?

It’s important to note that fish can either be nocturnal or diurnal. Smaller fish species, such as zebrafish and rainbow wrasse, are considered diurnal, which means they tend to sleep at night. During sleep, zebrafish remain motionless. They also change colors to disguise themselves from predators. Knife fish, on the other hand, are nocturnal and are most active during the night.

How long fish sleep depends on the species and their environment. Some fish prefer to take short yet frequent naps throughout the day. Some fish only sleep at night, while others prefer to snooze during the daytime. Predatory fish especially love taking advantage of the dark to hunt for their prey.

Aquarium fish tend to be unique in the sense that they would adjust their body clock to sync with the times the light in the tank is switched on and off. In short, your aquarium fish will be most active during the day when there is light and will rest or sleep once you turn off the aquarium or room light in the evening.

Can Fish Sleep With Blue Light On?

Unless you have nocturnal fish, you shouldn’t leave any kind of light on in your aquarium at night. As mentioned, most aquarium fish tend to synchronize their biorhythms with the tank light schedule. Leaving blue light on at night will disturb your fish’s sleep cycle and cause them to lose precious hours of sleep or rest.

Much of the behavior of aquarium fish, including mating and feeding, is affected by the quality of their sleep. Whether you’re using blue light in your fish tank or not, it’s important that you leave the aquarium in complete darkness at night. Fish do not have a source of light at night in the wild and will take advantage of the darkness to rest or sleep. It’s important that this pattern is followed for aquarium fish if they are to have adequate numbers of sleep hours and maintain their energy levels.

In conclusion, fish, like any other type of animal, do sleep and need enough rest to stay healthy and live longer. The best way to ensure that your fish get enough sleep and rest is to maintain a regular schedule for your aquarium light. That is, to keep it on for a certain number of hours during the day and to turn it off at the same time that you go to bed at night. It would also be more convenient if you can get an aquarium light with a timer, so you can automatically set the times that light would stay on and go out.

It’s also important to be aware of the type of fish you have in your aquarium. Are they nocturnal or diurnal? Do they rest laying on a leaf or take cover behind the rocks? Knowing your fish’s behavior will give you an insight into how you should decorate your fish tank. Some fish are comfortable sleeping in the middle of the tank, while others prefer to hide.

Take these things into consideration to keep your fish happy and healthy at all times!